The American technology company, “Apple”, launched its usual annual event in the month of September, where it revealed new versions of its smartphone, tablet and smartwatch.
At its conference today, the company revealed the “iPhone 13” phone, the low-cost “iPad” device, in addition to a completely new version under the name “Mini iPad”, along with the seventh category of the “Apple Watch” smart watch, according to CNBC. “.

The new iPads will go on sale immediately after the conference today, while the Apple Watch Series 7 will begin shipping later this fall.
The waiting iPhone
And about the announcement, which was the most anticipated at today’s conference, the company revealed a new model with a larger battery under the name “iPhone 13 Pro” and “iPhone 13 Pro Max”. Apple has branded its most advanced phones “Pro” in recent years, with a starting price of $999.
The biggest advantage between the traditional iPhone models and the Pro models is that the latter has three rear cameras.
As for traditional models, Apple said that the iPhone 13 will have a smaller notch for the front camera at the top of the screen, as well as larger batteries that provide the devices between 1.5 and 2.5 hours of battery life more than last year’s models. According to the device size.
Other than that, the new phone mostly has the same design as last year with new camera modules arranged diagonally.
Apple said that one of the cameras is a 12-megapixel wide-angle lens, with a large sensor that captures 50% more light. The other lens is an ultra-wide lens.
One of the camera’s improvements is the new Cinema Mode that can lock focus on a moving subject. According to the company, the phone has a brighter screen, and comes in two sizes, 5.4 inches and 6.1 inches, and five colors.
The phone is equipped with a new Apple-designed chip that operates it, which the company calls the A15 Bionic, and it contains six cores and a specialized part to run artificial intelligence algorithms.
Like last year’s model, this year’s iPhones will have the ability to connect to the 5G network, and the company says it is working with carriers in 60 countries.
The company said the price of the “iPhone 13 mini” is $ 699, while the price of the “iPhone 13” is $ 799, the same prices as last year, and the devices now start with 128 GB of storage space, an increase from last year.
New “iPad”
At the annual event, which is watched by more than two million people via live broadcasts on the Internet, CEO Tim Cook revealed a new version of the iPad tablet computer.
It also came with a faster A13 processor, a better 12-megapixel front camera, to improve video calls, and a wider lens to capture more people in one scene, which also makes the LTE wireless experience better.
The computer costs $329 with 64GB of storage, and that’s extra storage but the same price as before. It will go on sale next week.
Apple also revealed the all-new iPad Mini, which has a smaller 8.3-inch screen, is designed using a new, simpler language, has smaller bezels, and has a 12-megapixel rear camera and stereo speakers.
The fingerprint sensor is integrated into the top button, which turns the screen on and off, and uses a USB-C connector instead of the company’s traditional connector. It starts at $499 and hits stores next week.

A Syrian child with wondrous abilities that baffled scientists, an extraordinary visual memory, and unique talents, get to know them?

One of them is the use of Android applications from the computer, revolutionary features in Windows 11, get to know them

A promising new vaccine for corona virus and influenza together and in one dose, get to know it

A Syrian child with wondrous abilities that baffled scientists, an extraordinary visual memory, and unique talents, get to know them?

One of them is the use of Android applications from the computer, revolutionary features in Windows 11, get to know them

A promising new vaccine for corona virus and influenza together and in one dose, get to know it

Actress Sherine Reda made bold and frank statements, as she blew up a surprise by revealing her opinion on Yusra's husband.

Israel is preparing for a new war 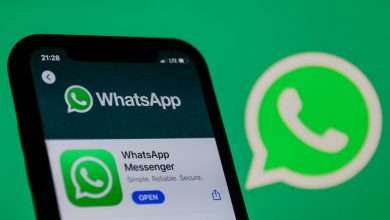 WhatsApp will stop working on millions of smartphones around the world, get to know it 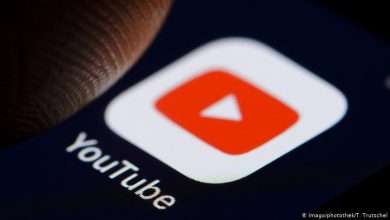 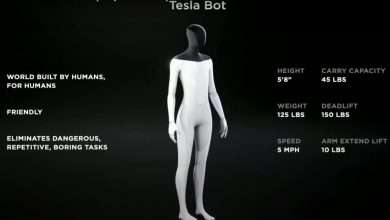 Robots in the form of a human has become a reality! Tesla unveils the first model 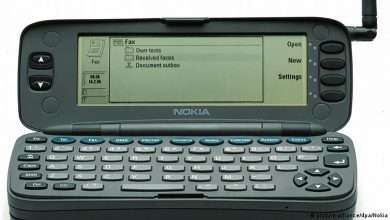