The commander of the ground forces in the Iranian army, Brigadier General Kiomars Haidari, issued a warning to Israel, threatening to flatten Tel Aviv and Haifa in the event of any folly.
Brigadier General Heydari said, “The usurping entity occupied Muslim lands, and these lands will return to the bosom of Islam in less than 25 years,” adding that “the military and defense achievements of the Army of the Islamic Republic of Iran are today a thorn in the eyes of the enemies.”
Hedda and continued, “All units of the army were equipped with accurate, long-range and smart achievements and equipment, and the range of the army’s operational drones and missiles has increased,” referring to “the Iranian army’s drone city.”
And the commander of the ground forces of the Iranian army concluded, emphasizing that “all this equipment is to respond to the stupid attacks of the enemies of the Islamic revolution, and the light weapons of the ground forces are being changed, modernized and localized.”
Israeli Prime Minister Naftali Bennett had said that Israel was acting strongly against Iran directly, not just its proxies in the region, stressing that his country had “changed its strategy in confronting Iran and increased the pace of its activities.”
Bennett also stressed, during a meeting with the Knesset’s Defense and Foreign Affairs Committee, that “the time of Iran’s immunity, in which it strikes us through its arms without being damaged, has ended,” explaining that his country is “working against the Iranian octopus head, not just the arms.”
The Iranian Revolutionary Guards also indicated, earlier today, that the Israeli Mossad is planning to assassinate senior Iranian military and political leaders, especially President Ibrahim Raisi, in order to raise the tension in Iran to the highest levels.
The Iranian Revolutionary Guards channel also quoted Iranian sources as saying that “the Israeli Mossad is seeking to assassinate Iranian President Ibrahim Raisi outside the capital, Tehran, to destabilize the country’s security and collapse its economy and national currency, in order to provide the ground for comprehensive protests.”
Ali Bagheri, the Iranian assistant foreign minister for political affairs, said last Friday that “the Zionists can imagine waging war on Iran in a dream and waking up from their imaginary world.”
The Iranian agency stated that Ali Bagheri’s statements came as a comment on the possibility of Iran’s response to a possible Israeli military attack, especially in light of the Israeli army’s continued conduct of military maneuvers simulating an attack on Iran.

5 Arab countries are threatened with starvation

The 100 highest market players in the world 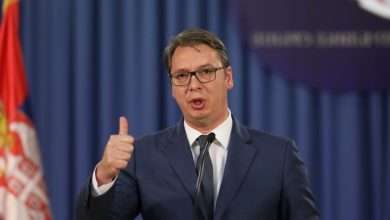