The Russian President’s special envoy to Syria, Alexander Lavrentiev, revealed that Moscow is studying the status quo on the ground in conjunction with Turkey’s military operation in northern Syria.

In this regard, Lavrentiev said: “We believe that this process can aggravate the situation in Syria, so we will ask the Turkish side not to take this step and to resolve the issue in a peaceful manner through dialogue and through the participation of all concerned parties, and the Russian side is ready to provide every assistance in this.” “.

Lavrentiev added, “We will discuss the issue of Syrian refugees. This is an important issue. Turkey will also contribute to this issue.”

He also announced and continued: “As you know, the issue of immigrants in a number of countries has taken a new direction, including Lebanon, which does not want to distribute aid to them, but rather to send it to their homeland until conditions are secured that would make them return there.”

As for Russian projects and plans in Syria, Lavrentiev revealed that his country will develop new plans to provide aid in the reconstruction of Syria. The issue of detainees and abductees will also be discussed.

Lavrentiev indicated that there will be talk about the Israeli attacks on Syria, the latest of which was targeting Damascus International Airport, where its runways were damaged, rendering it out of service and unable to receive international flights.

Lavrentiev added: “The US presence will be discussed, and this is an important issue as well, the illegal presence in northern Syria under the pretext of fighting ISIS, but in fact the US forces there are protecting oil sources and wells and stealing Syria’s resources.”

Talks on Syria will be held in Nur-Sultan on June 15-16, with the participation of the guarantor states (Russia, Turkey and Iran), in addition to the government of the Republic of Kazakhstan, and Syria and the Syrian armed opposition will participate. 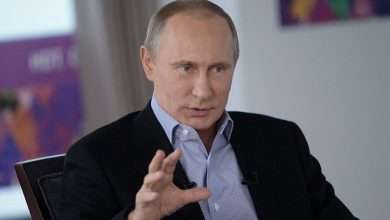