The communication sites were topped in the last period after his recent media meeting on the “With You” program with the media, Mona Al-Shazly, during which he revealed many of his personal, artistic and family secrets, and deciphered some of the ambiguities about his personality, a feature that is considered one of the most distinctive things in his artistic personality and his fans on the Over the years, especially due to the scarcity of his media appearance and the public’s association with him with his personality on stage and his artworks

The last meeting of the artist Kazem El-Saher was an opportunity for the public to learn about new aspects of the character and life of Kazem El-Saher.

Kazem El-Saher also revealed another aspect of his life, which is his great love for agriculture and his experience with it.

One of the remarkable things in Kazem El-Saher’s life was his tendency to isolation, and he said that he had been living in complete isolation for nearly 20 years, to the extent that he saw that the Corona virus crisis considered it a gift from God, and his son Omar revealed that his father does not attend social events, and Kazem El-Saher added. His friends would come to his house because he did not like to go out, and he was known to like to stay at home.

Kazem El-Saher revealed the secret of his choice of the title “Al-Saher” instead of his real name, and said that he chose the title of El-Saher because it is completely far from him and has nothing to do with him, and also revealed that he did not prefer the title “Caesar”, and that he is satisfied with the name Kazem, especially since the name she chose His mother expresses his personality and qualities a lot, so he cherishes him.

Kazem El-Saher also revealed his remarkable obsession with sports, and said that he is keen to wake up early and exercise daily, to the extent that he does not stay in any hotel that does not have a gym, and he prefers to stay a month without singing than to stay a week without exercising, to the extent that he was exposed He broke his feet due to sports, and he continued to exercise as well, despite his injury.

He said that he linked him to Omar Ibn Kazem El-Saher about a new face for his father, and said that he is a diplomat in the way he deals with them at home, and does not force him to participate in social events, and Kazem El-Saher revealed his attachment to his granddaughters and said that he could not not fulfill all their requests, so much so that he decided to take them with him on the stage and singing with him, after his granddaughter told him that she feels wronged because she is not as famous as him.

Kazem El-Saher’s influential talk about the late mother of his children gained the attention of the public, especially after he was greatly affected by him while talking about her, and revealed several secrets about his previous life with her, and said that he was in contact with her because of the children, and that she was interested in all their details, and that he was happy with that and her invitations to them, and directed Advice to the public to respect women and wives and consider their presence in life a great merit.

Kazem El-Saher revealed for the first time about the scenes of making his songs and his artistic approach, and said that he is perhaps the only singer who performs his tunes himself and interferes in all the details of the song from poems, distribution, playing music and others, and faces a difficult audience, so he began to isolate in order to focus on melodies and making new songs, as The public learned about several psychological aspects of Kazem El-Saher’s personality, including his feeling of great pain due to the circumstances of the war he went through in his life, and he said that this feeling is present with him so far that he sometimes suffers from nightmares at that stage, and feels a scar and injustice inside him until now, as well as his social advice to the public with the necessity Dealing with love and emotional relationships with the mind and not only with the heart, as well as his attachment to the family, and remembering him for his parents and siblings in the episode, and he mentioned that he was thinking of working at a young age after he saw his father suffering from fatigue to take care of their large family.

Paris in the face of Juve and heavy-caliber matches

France's Aoun can help demarcate the border with Israel 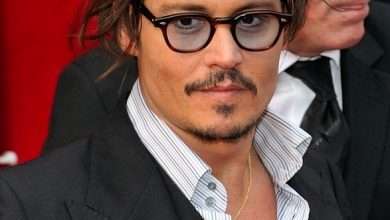