Russian President Vladimir Putin stated that the current situation of the global food problem developed with the Corona epidemic long before the start of the Russian special military operation in Ukraine.

Putin said: “Russia has finished removing mines from the Ukrainian ports under its control, and Ukrainian grain can be exported through them.”

Russia also called on the United States to provide explanations on the basis for Washington to deliver four Mi-17 helicopters to Ukraine, which Russia had previously given to the United States to work in Afghanistan, as part of a new military aid package, noting that this is a flagrant violation. From the American side of its obligations.

The European Union also announced, today, Friday, its official adoption of the sixth sanctions package against Russia, which imposes the gradual elimination of Russian oil by sea, and the temporary exception for oil by pipelines.

An attack was observed from the Ukrainian armed formations in the direction of Vodian Donetsk (Kalininsky region), and eight 155-mm shells were fired.

The President of Belarus, Alexander Lukashenko, announced that, according to his information, a serious conflict had begun between Vladimir Zelensky and the Ukrainian military.

The German Federal Network for Gas Transport stated that gas supplies in Germany are stable, and that cutting off supplies to the Netherlands and Denmark did not affect the security of supplies.

The European Union has included the head of the National Defense Administration Center of the Ministry of Defense of the Russian Federation, General Mikhail Mezintsev, on its sanctions list

UN welcomes the extension of the truce in Yemen: We call on the Houthis for flexibility in negotiation 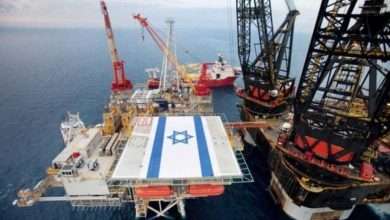