He also added, “The Guard Navy undertakes tasks in the area of ​​the Strait of Hormuz, the Gulf waters and the eastern region of the Strait, up to the Indian Ocean.
Last Thursday, Iranian President Ibrahim Raisi confirmed that “the Iranian armed forces have strengthened security and stability in the Gulf region.”

Raeis also praised, in statements at Hormozgan International Airport in southern Iran, “the sacrifices of the vigilant Iranian armed forces in this province and their readiness to defend Iran’s land, air and sea frontiers,” and said that “the able presence of the Iranian armed forces in Hormozgan province, has enhanced security and stability not at the level of Not only the governorate, but also the Gulf region,” he said, noting that the special security situation in the governorate allows for the consolidation of investments and attracting all investors.
The Iranian Revolutionary Guard confirmed that it and the country’s armed forces are now stronger than ever, noting that the Iranian missile force is among the first level of missile force in the world.

The Commander of the Ground Forces of the Revolutionary Guards, Brigadier General Muhammad Bakpour, said that Iran has become very powerful by land, sea and air, stressing that the enemy has seen and realized the strength of the Islamic Republic and included it in its calculations and knows that this regime is strong.
He concluded by saying that “despite the current hostilities, calm prevails in the country, and that global arrogance and all other enemies will retreat from their hostility when Iran retreats from the principles of the revolution,” stressing that “this will never happen.”

Asala spreads joy in her own way 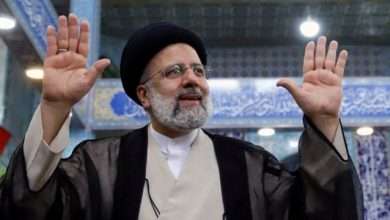