The sixth version of the Brussels Conference, organized by the European Union on the “support for the future of Syria and the region”, which was launched on Monday in the Belgian capital. The two-day conference is discussing ways to continue to support the Syrian people, “and mobilize the international community in support of a comprehensive and reliable political solution to conflict in Syria, in line with the UN Security Council resolution 2254. EU Commissioner Oliver Faraily said that an international donor conference was collected 6.4 billion euros (6.7 billion dollars) for Syria and its neighbors and gathered donor conference last year a total of $ 6.4 billion, with funds to help the Syrians and neighboring countries Struggling for Syrian refugees and not to the Government of Damascus, where many funds will be allocated to help the Syrians who resort to Jordan, Lebanon and Turkey, as well as Egypt and Iraq. Some also asked questions about the importance of the Conference for Syrian refugees and the possibility of involving these funds in improving refugee conditions in asylum. The United Nations Special Envoy of Syria, said in the Brussels Conference, “the Syrians have never needed to support you more than they need,” he said, adding that the collective displacement of the Syrian population continues without making progress from Damascus. International demands for political reform. “The economic crisis continues and violence continues, with the risk of continuous escalation even if there is something from military stalemate,” he said. “If I went and drain money to reconstruction Syria, the Syrian regime will support.” “Says Borella normalization of the Syrian President Bashar al-Assad’s government. About 70 States and an international institution, including United Nations agencies, and Russia, which is targeted by the West, has not been invited to the military operation launched in Ukraine. Borell announced an additional billion euros ($ 1.1 billion) to cover 2022, bringing the total amount to 1.56 billion euros, the same amount he pledged last year. In addition, Member States of the European Union submitted national pledges, with the total submission of the Conference, and the US Ambassador to the United Nations, Linda Thomas Greenfield, said Washington had provided 800 million dollars, adding: “Focus … We have on Ukraine, I thought it is important for me to come here from New York to say that we did not forget the Syrian people.” A suspected approach Dr. Osama Denhore, the Syrian political and strategic expert, and a member of the negotiator of Geneva, that the recent Brussels Conference is not prepared in terms of its distorted approach to the issue of Syrian refugees Inside and neighboring countries. According to Sputnik, as it is not obligated to commitments made at the Brussels Conference, and despite certain perception that needs to escalate, the policy of denial is prevalent as a semi-single approach based on franchise contradiction Between the continuation of single-sided economic and siege and sanctions policies on the Syrian state, including Caesar’s law, and in contrast to the disappearance of refugees and Syrian displaced persons. “The only and ideal way to end the plight of refugees is not to provide food, blankets, cans and water transactions for camp population, but to enable Syria from early recovery in infrastructure and restore its economic and agricultural production The industrial and its servant is far from the politicization of humanity, which leads to the continued conflict of refugees, which began to escape from the fighting, and ended economic motivation that is deficient for creating jobs and sufficient resources in the case of return Their country is exposed to the forms of siege and economic pressure.” He said that Tabaki on the plight of refugees hides his successor, a Western defender aimed at ignoring the only way to end the plight of asylum, with a view to continuing to deny Syria from restoring its human wealth, which is an indispensable condition to restore a course Economics, production and natural life. He explained that the Syrian state had everything that could do to facilitate the return of refugees, including the last amnesty decree, which is synchronized with Eid al-Fitr. Syria is to withdraw the pretext to intimidate the accounting for Syrian law enforcement agencies, which are the pretext that are trying to continue the plight of refugees to be used to intimidate Syrians and intimidate them from returning to their homeland. Massiab in turn, Brigadier General Abdel Hamid Sahb, military and strategic expert, said that the conference in humanitarian and residents of Syrian refugees and residents in the countries of diaspora and asylum, such as Turkey Lebanon and Jordan, and even in Europe. According to Sputnik, the Brussels Conference is a humanitarian support conference, but is more than practical practical implementation, where the United Nations is demanding 10 billion to support refugees, but as usual donor has donated to many commitments. Sahb said that the Brussels Conference is not a platform for political solution in Syria and does not issue any decisions in this framework, and even aid to Syrian refugees are politicized and touched by the dignity and values of refugees. “There are important questions about the conference, most notably why those who reject coordination with Syrian countries, and why Russia has been excluded, although it is the biggest strategic ally of the Syrian state, all previous tours have not achieved any results Remember.” The Syrian war began in 2011 and is now in its 12th year, killing more than half a million people. According to the United Nations High Commissioner for Refugees, 6.8 million Syrians were recorded as refugees, while UNICEF says 9.3 million Syrian children need assistance within the country and in the wider area around Syria

Jerusalem is on a date with the major confrontation

Jerusalem is on a date with the major confrontation

The Biden administration was sending weapons to Ukraine before the war 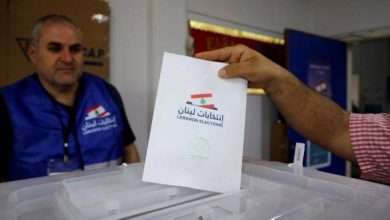 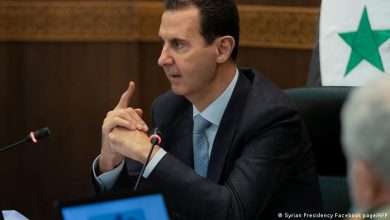 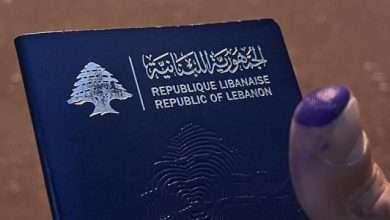 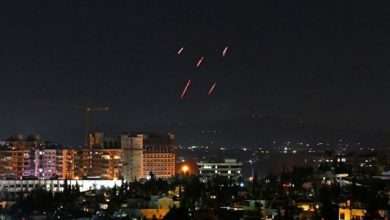