Professor Munir Nayfeh was born in December 1945 in the village of Shweikeh, near Tulkarm in Palestine. He belongs to a family most of whose members have academic degrees, and he has five children.
He studied primary school in Tulkarm and secondary school in Jordan. He obtained a bachelor’s degree from the American University of Beirut in 1968, then a master’s degree in physics in 1970. He then applied for a scholarship from Stanford University to obtain a doctorate in the field of atomic physics and laser sciences.
From 1977 to 1979, he worked as a physical researcher at the UG Labs at the University of Kentucky, then joined the University of Illinois in 1979, to take the position of Professor of Physics at the University of Illinois at Urbana-Champaign (UIUC).
Nayfeh chaired the advisory board of the Center of Excellence for Research in Nanotechnology at King Fahd University of Petroleum and Minerals, and served as Vice President of the International Science Council at the King Abdullah Institute for Nanotechnology at King Saud University. In addition to these responsibilities and positions, Nayfeh played the role of coordinator between the University of Illinois and the Royal Commission for Jubail. Yanbu Saudi Arabia, as well as the role of the advisor of the Center for Nanotechnology Excellence at An-Najah University, and the role of the advisor at the High Technology Park in Saigon, Vietnam.
Nayfeh participated in a number of advisory committees at King Abdullah University of Science and Technology, headed the Network of Arab Scientists and Technologists Abroad, and repeatedly visited research and development institutions in the Arab world and cooperated with them.
His passion for science and conducting experiments appeared since childhood. Nayfeh was able to answer an important question posed by the famous physicist Richard Feynman in 1959, when he asked: What would happen if a person could control the movement and trajectory of the atom and succeeded in rearranging its positions within chemical compounds?
Nayfeh succeeded in answering this question in less than twenty years, by moving atoms single by atom, a discovery that the Washington Post said establishes a new branch in chemistry called “single atom chemistry”, which in turn paves the way for a medical breakthrough. It contributes to the treatment of many diseases, as this achievement allows the construction of microscopic devices and equipment that are no more than several atoms in size, enabling them to enter the human body, walk inside its arteries and reach its internal organs.
Nayfeh’s discovery also offers many applications in medicine, industrial engineering, military and nuclear technologies.
Nayfeh has 23 inventions in his portfolio for making silicon nanoparticles, in addition to joint patents with scientists in Saudi Arabia and Jordan.
Nayfeh has published more than 180 articles and scientific research, and participated with others in preparing and authoring several books on laser, electrical and magnetic sciences.

The release of a new batch of detainees 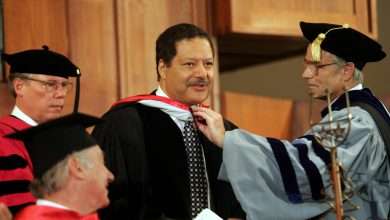 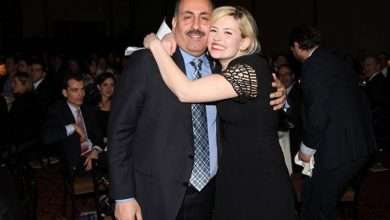