The English Premier League will start in its new form on Friday evening, with Arsenal and Crystal Palace meeting, so that the excitement returns in the new season, which promises a lot of events and excitement.

Despite the start of the league, the English Premier League decided to keep the transfer market open until the last hours of August, allowing a full month before the final picture of the 20 clubs became clear, which will enter a fierce “battle” over 10 months.

And it is expected that the “fierce” competition that the league witnessed last season, between Manchester City and Liverpool, will continue for the second year in a row, especially after the “rehearsal” in which the two clubs appeared in the Charity Shield match.

Also, this season, it seems that Tottenham is the closest to the two clubs’ competition, after a series of “strong” contracts, which will strengthen the squad of the Antonio Conte battalion.

Chelsea’s landmarks are still unclear,” due to the great turmoil in the club, and the forced owner of Roman Abramovich to sell the club due to allegations of his association with Russian President Vladimir Putin.

With the new American administration, things seem ambiguous so far, especially with the team’s failure to sign a striker to replace the departure of the Belgian Romelu Lukaku, and the possible departure of the German Timo Werner.

Whereas, there is no doubt that Arsenal and Tottenham achieved the best transfers among the 20 clubs, as both teams supported the squad with a number of distinguished players.

As for the quieter transfer market, it was for Leicester City, who has not signed any player yet, and Manchester United did not convince with his “shy” contracts this summer.

On the other hand, and unusually, many clubs did not change their coaches this summer, and the change came only to Manchester United, who signed Dutchman Eric Ten Hag from Ajax Amsterdam.

Brighton was the “dark horse” last season, well-deserved, after presenting a strong season, in which it was able to defeat a number of big clubs, and ranked ninth.

This season, the upcoming “surprises” are not clear, but they may come from Newcastle United, which was acquired by an investment group that includes the Saudi Public Investment Fund, which began drawing a project for a club. A strong performance and moved away from the relegation zone, which prepared him to compete and annoy the adults this season.

The Norwegian striker, Erling Haaland, is one of the most prominent newcomers, after a sudden move to Manchester City, from Borussia Dortmund.

As for the Uruguayan Darwin Nuwens, he is facing very great pressure because he is the most expensive deal in the club’s ancient history, as well as because he comes to fill a “gap” in the attack left by the departure of Senegalese Sadio Mane.

As for veteran Senegalese defender Kalidou Coulibaly, he achieved the expected transfer to Chelsea from Napoli, Italy, in a completely new experience in the Premier League.

Like him, Croatian dynamo Ivan Perisic, late, at the age of 33, decided to join the English Premier League, after a trip that included playing in Germany, Italy, France and Belgium.

Finally, the English Premier League will allow teams to use 5 substitutions in matches, to be the last to join the five substitution train in Europe, after insisting on keeping only 3 substitutions during the match, last season.

The five substitutions will also add an additional kind of excitement, and an increase in the level of matches, due to the participation of a greater number of physically ready players.

For the first time in 20 years .. Ronaldo does not participate in the Champions League

The Spanish League starts tomorrow, find out about the first round matches

Real Madrid begins its season with the European Cup

For the first time in 20 years .. Ronaldo does not participate in the Champions League

The Spanish League starts tomorrow, find out about the first round matches

Real Madrid begins its season with the European Cup

The start of Ramadan 2023 competitions 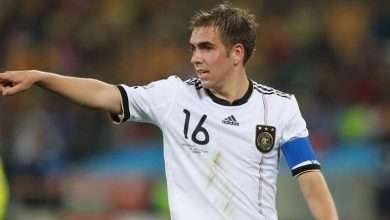 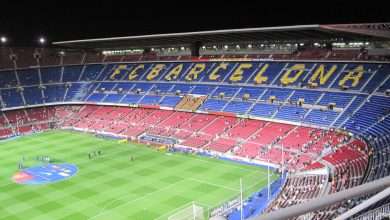 Barcelona plans to get rid of a striker 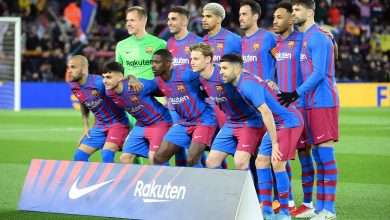 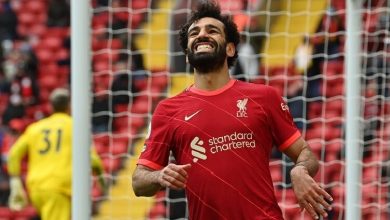