British reports have indicated that a handwritten letter from the late Queen Elizabeth II to the “citizens of Sydney” is hidden inside one of the city’s most famous buildings, but it will not open for another 63 years.

The Queen Victoria building in Sydney’s central business district contains a “time capsule” containing a secret message from the Queen of Britain, with strict instructions not to open it until 2085.

The letter was written by Queen Elizabeth after major restoration work was carried out in November 1986, and is addressed to the “right and esteemed Lord Mayor of Sydney, Australia”.

The Queen’s message is framed within a glass case, in the bounding dome area at the top, and is accompanied by instructions from the Queen.

Not even Queen Elizabeth’s personal staff know the content of her letter, and many Sydneys will never know either.

Queen Elizabeth II died at the age of 96, last Thursday, at her residence in Balmoral Castle in Scotland, after 70 years of ascending to the British throne, and her eldest son, Charles III, became the new king to succeed her, and her official funeral will be held on Monday, 19 September. / September, in the presence of many eminent personalities. 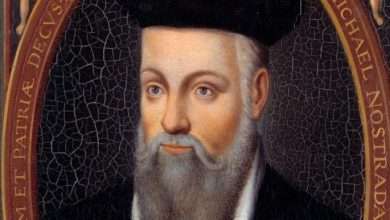