He studied the media and separated from Loris Kazak after a love story.. The 10 most important information about the artist “Karam Al-Shaarani”, who almost became a sports commentator (video)
The Syrian artist Karam Al-Shaarani proved his talent in the artistic scene despite his appearance in recent years in the Syrian drama.

And he was able to draw attention to him with his spontaneity at times and his wickedness at other times, confirming the secret of Nahaj, i.e. the personality of the research in its details and worlds.

The 10 most important information monitored by Drama Trend about the Syrian artist Karam Al-Shaarani:

1_ The Syrian artist, Karam Al-Shaarani, was born in the city of Salamiyah in 1986, and was influenced by his father, who worked as a theatrical artist in the Mobile Theater Company in Damascus.

He saw that he had a passion for acting when his father attended a rehearsal at home before he went on stage.

2_ Karam Al Shaarani studied media for three years, but returned to fulfill his dream at the Higher Institute of Dramatic Arts.

He graduated in 2011 in a theater show called “Silicon” under the supervision of the Syrian artist Abdel Moneim Amayri.

3_ The Syrian artist opened his artistic misfortune with the most important works with director Rasha Sharbatji, who chose him for the role of Ziad in the series “Al-Birth Min Al-Khasra 2”.

After that, the roles continued, and he was among the young people who had opportunities to enter the artistic community from its widest doors.

4_ Al-Shaarani had a great presence on stage, in addition to his cinematic presence, through which he achieved remarkable success.

5_ The artist Karam Al-Shaarani went through the experience of presenting programs on Syria Darma channel through the “Shabab Shabab” program.

6_ Al-Shaarani married the Syrian artist Louis Kazak after a love story that she had collected for more than five years while they were studying at the Higher Institute of Dramatic Arts.

7_ In 2017, Karam Al-Shaarani announced his separation from his wife without mentioning the details, stressing that the separation was amicable and their relationship continues as friends.
8_ Karam Al-Shaarani dreamed of becoming a sports commentator, due to his strong attachment to football and considers it the main hobby for him and practices it in his spare time, stressing that if he was not an actor but a sports commentator.

9_ The artist Karam Al-Shaarani was somewhat restricted to the roles of evil, because of his somewhat sharp features, which made him upset with the directors.

10_ In his recent statements, Al-Shaarani considered that the absence of great artistic stature from the Syrian drama held the youth with a greater responsibility than them. 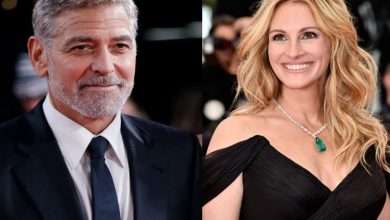 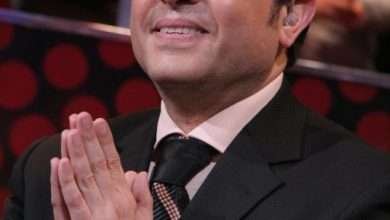 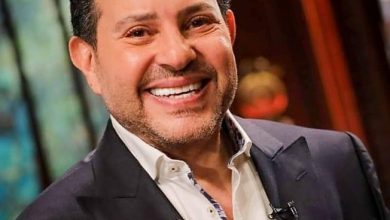