Karam Saeed, a researcher specializing in Turkish affairs, said that there are factors for the Egyptian-Turkish rapprochement that are motivated by a set of motives.
And that these factors mainly push Turkey to seek this rapprochement, the most important of which is that the international isolation imposed on Turkey, which it suffers from in light of its tense relationship with many regional and international powers, pushes it to try to break this isolation by rapprochement with Egypt.
He also continued, “The economy also remains a main and main driver of the desire of both countries for rapprochement. The other motive is to resolve some of the tension files between the two countries and to bring about a kind of rapprochement in those files, whether in Libya or in other regions. The other thing is related to the change in the regional environment, the Gulf-Gulf rapprochement And its repercussions on the regional situation and the aftermath of the US withdrawal from Afghanistan, talk about easing the US presence in Syria, and geostrategic developments in the region.
He stressed that all these motives make moving the file of rapprochement between the two countries a necessity at the present time, but a set of challenges remain that may stand in the way of completing the rapprochement, the most important of which is Turkey’s hosting of a number of leaders and members of the Muslim Brotherhood. Some anti-Egypt media platforms continued to broadcast from Turkey, despite the closure of some of them and the easing of the attack, and Turkey’s insistence on not defining the maritime borders in the eastern Mediterranean and its refusal to abide by the United Nations agreement signed in the eighties of the last century in force to demarcate the maritime borders.
He added that Turkey also did not withdraw the mercenaries present in Libya, despite Turkey’s knowledge that it represents a strategic depth for Egypt, and we all know that the Turks have silently adhered to what Egyptian President Abdel Fattah al-Sisi announced that Sirte and Jufra are a red line for Egypt that cannot be crossed.
Egypt did not get involved in opening its lands to the Turkish opposition, while Turkey opened its lands not only to a traditional opposition, but to terrorists wanted in cases of blood and terrorism, and gives them on its lands safe havens and headquarters in violation of international norms, and this is one of the most important issues on the negotiating table.
He continued, “Egypt will not abandon the demands of its Arab sisters, and will put on the negotiating table and search the Turkish presence in northern Iraq, the intervention in Syria, and the intervention and presence in Libya in contradiction to the complete independence of the will and decision of these sister countries.”
He said: “As for gas and energy in the Mediterranean, Egypt has settled it by demarcating its borders according to public treaties that the United Nations has received copies of, and there is no room for negotiation except for cooperation, if any.”
He stressed that coordination with the UAE and Saudi Arabia is necessary, as the three countries’ observations were almost the same about Turkish interference in the affairs of countries in the region and support for terrorism by supporting some of these terrorist groups.
For his part, Major General Essam Al-Omda, a member of the House of Representatives and the Defense and National Security Committee, said that Egypt’s constants will not change in the negotiations with Turkey, the most important of which is the exit of mercenaries from Libya and stopping Turkish interference in Libyan affairs, and that the fate of Libya is in the hands of the Libyans to end its crisis, resolve differences between political parties and support them to overcome Obstacles that prevent the holding of the general elections on schedule, in order to save the international roadmap and the political process in the country.
The mayor noted that in addition to the file of extradition of wanted terrorists in cases inside Egypt, Turkey is harboring them, stressing the continued ban on satellite channels broadcasting from Turkey and attacking Egypt on a permanent basis.

Washington seeks to cool the atmosphere with Paris

An upcoming visit of President Erdogan to Russia

Washington seeks to cool the atmosphere with Paris

An upcoming visit of President Erdogan to Russia

Hussein Fahmy reveals the secrets of his artistic career

Spokesman for the Secretary-General of the United Nations: We are committed to staying in Afghanistan despite the departure of the armies 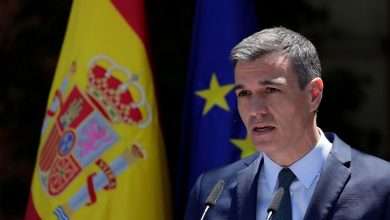 For this reason, the Prime Minister of Spain cancels his visit to the United States 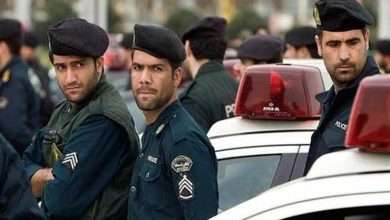 Iranian security announces the elimination of a “terrorist group” 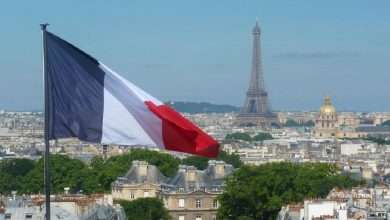