Yesterday, “Facebook”, “Instagram” and “WhatsApp” were subjected to a massive global outage, which lasted for about seven hours.
Facebook, which owns all of those services, has blamed the outage on a failed server update, and insists it was not a cyber attack from outside the company.
The US tech giant said the problem was caused by a faulty update sent to its core servers, effectively disconnecting them from the Internet.
But, why did it take more than seven hours to fix it?
When Facebook’s platforms went offline, engineers rushed to the company’s data centers to manually reset servers, only to find they couldn’t get inside.
.
And the people trying to figure out what the problem was weren’t even able to physically enter the building” to find out what went wrong.
To make matters worse, an insider claimed that the outage was exacerbated because large numbers of employees were working from home in the wake of “Covid”, which means that it took longer for them to reach data centers.
The company didn’t provide many details about how the issue was finally fixed, but it is understood that engineers had to manually reset the servers where the issue arose.
How many people are affected?
Downdetector, which tracks outages, said this was the biggest failure it had ever seen, with 10.6 million reports of the problem worldwide.
In total, Facebook has 2.9 billion monthly active users.
The problems began at 16:44 GMT, with nearly 80,000 reports for WhatsApp and more than 50,000 for Facebook, according to DownDetector.
And from around 22:30 GMT, some users reported that they were able to access the platforms again. However, for many people, Facebook didn’t work again until at least an hour later.
WhatsApp said it had returned to work “100%” as of 3:30 GMT.
Could it be a cyber attack?
Interestingly, Facebook’s statement is carefully written and does not rule out manipulation. However, the possibility that it was an external cyber attack seems unlikely, according to the “Daily Mail” report.
A massive hack to stop a service that could overwhelm one of the world’s most famous sites requires either coordination between powerful criminal groups or highly innovative technology.
However, sabotage by an insider would be theoretically possible, according to technology experts.
The disruption also occurred just 24 hours after a former Facebook employee gave an interview to CBS News, after documents about the social network were leaked.
Whistleblower Frances Hogan, who is due to testify before a Senate subcommittee today, said the company prioritized “growth over safety.”
Facebook also insisted it was “not correct” to suggest that the company encouraged bad content, or did nothing in response.
Cybersecurity specialist Jake Moore said: “Interestingly, Facebook’s statement did not rule out tampering. Like the locks on a bank’s vault, the money inside is only as safe as the person with the keys – cybersecurity is as much about the company’s internal security procedures as it is.” related to repelling external attacks.
He reiterated that it “was not due to an external cyber attack” because web obfuscation often stems from an undetected software bug or human error.
Did someone make a mistake on Facebook?
There is a lot of possibility that it may have been an accident and not an act of sabotage.
It was alleged that a Facebook employee may have accidentally deleted large portions of the code that keeps the site online.
Facebook said its engineering teams identified “configuration changes” in its core routers, which shut down their services.
The company said that these changes caused network disruptions and blocked communication between its data centers. Staff work permits and email were reportedly affected by the internal issue.
Will that happen again?
The massive global outage that Facebook has experienced is somewhat uncommon, although there isn’t much the company can do to avoid a similar situation due to its centralized back-end system.
Combined with a quick outage in June – due to one client changing their settings – and Cloudflare going offline in 2020, it shows the problem of having a single point of failure for a large number of services people use.
There are currently no clear solutions to this, but this latest outage is likely to reignite the debate over Internet infrastructure.
For many individuals and companies as well, the event demonstrated their dependence on Facebook and its services not only to communicate, but also to log into other platforms.
In response, people were encouraged to consider using credentials other than their Facebook login details to access other online services.

A heavy-caliber surprise, Facebook intends to change its name next week

The LEO robot, in the form of a human, is capable of walking, flying, and many other talents.

A heavy-caliber surprise, Facebook intends to change its name next week

The LEO robot, in the form of a human, is capable of walking, flying, and many other talents.

A joint Egyptian-Russian vision for the stability of Syria

NATO Secretary General: The surprise was not in the Taliban's return to control Afghanistan, but in the speed of this happening 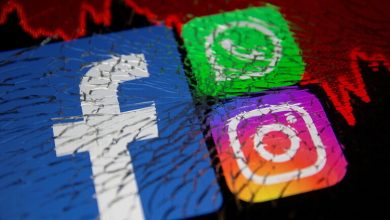 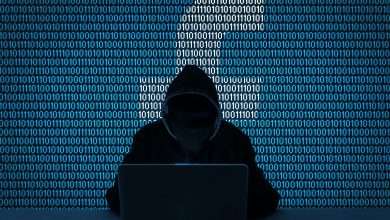 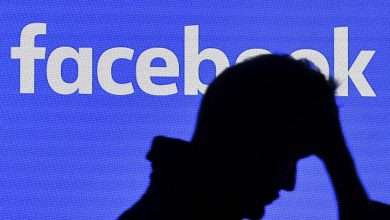 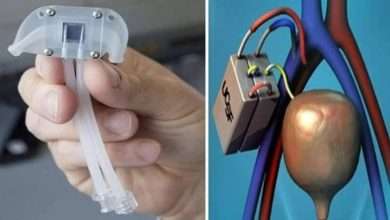 Good news for kidney patients around the world, a new revolution in the world of medical engineering