Mrs. Fayrouz topped the list of the most searched on social networking sites, with the celebration of her birthday beginning on its real date corresponding to November 20, instead of the usual official date of November 21, and publications increased including rare photos and new recordings of the “Neighbor of the Moon” and “Our Ambassador to the Stars” concerts. ». »Where her fans share the most prominent stations of her personal and artistic biography, and wishes her more life and creativity.

Her original name is Nihad Rizk Wadih Haddad, she was born on November 20, 1935, but the date of birth was recorded on November 21, and her fans used to celebrate the official date, until her daughter Rima intervened by clarifying the real date.

Fayrouz, the first child of a poor Syriac Catholic family, lived in Zuqaq al-Blat, in the old neighborhood near the Lebanese capital.

The lineage of her father, Wadih Haddad, dates back to the city of Mardin in Turkey, and he worked in the printing press of the Lebanese newspaper L’Orient, which is published to this day in French in Beirut.

It was discovered by Muhammad Fleifel, one of the two Fleifel brothers who composed the Syrian national anthem, and presented it at a school party that was held in 1946 AD on his new discovery, which is the voice of Fayrouz.

The conservative father rejected Professor Fleifel’s idea that his daughter sing in front of the public, but the latter succeeded in convincing him after assuring him that she would only sing patriotic songs, and the father agreed on the condition that her brother Joseph accompany her during her studies at the National Conservatory of Music, which was headed by Wadih Sabra, the author of the Lebanese national music. And who refused to charge any fees from all the students who came with Fleifel.

Fayrouz joined the Lebanese National Radio Ensemble a few months after entering the institute, and she remembers those days, saying: “My wish was to sing on the radio, and they told me that I would be paid 100 liras (21 dollars) per month. My joy was indescribable, but at the end of the month I did not am I lucky enough; due to tax deduction.

Halim El Roumi, director of the Lebanese Radio and the father of the singer Magda El Roumi, composed her first songs.

Fayrouz’s artistic career began in earnest in 1952 AD when she sang to the tunes of the musician Assi Rahbani, who later married her. This period constituted a new musical stage in Arabic music when she worked with the Rahbani brothers, and at this stage she mixed Western and Eastern styles and Lebanese colors.

With the Rahbani brothers and their younger brother, Elias, she performed more than 800 songs and operettas that revolutionized Arabic music. It is distinguished by its short duration and strong meaning, unlike the prevailing Arabic songs at the time, which were characterized by length.

The public also called her more than one title, including the title “Our Ambassador to the Stars”, which was given to her by the poet Saeed Akl, referring to the sophistication and distinction of her voice, “Neighbor of the Moon”, “The Bird of the East”, and other titles.

Among her most important theatrical works: “Bridge of the Moon,” “The Night and the Lamp,” “Bayaa al-Khawat,” “Ayyam Fakhr al-Din,” “Hala and the King.”

Among the most beautiful poems she sang: “Take me with your eyes, and now now and not tomorrow, and the flower of cities, and give me the flute and sing, and I love from the names, and when they begin to be rejected.” And from the patriotic songs: “I love you, Lebanon, and oh freedom, and I will not forget you Palestine and ancient Jerusalem, Oh, the love of Beirut.”

After her marriage to Asi Rahbani, Fayrouz converted to the Eastern Orthodox Church. She is the mother of the Lebanese composer and pianist Ziad Rahbani, Layal Rahbani, Rima Rahbani and Hali Rahbani.

Fayrouz sang to many poets and composers; Among them is Michael Naima with his poem “The Badminton Player” and Saeed Akl with his poem “The Badminton Player”. She also sang in front of many kings and presidents and in most of the major festivals in the Arab world, and she was given several titles, including “Our Ambassador to the Stars”, which was given to her by the poet Saeed Akl, to indicate the sophistication and distinction of her voice.

After the death of her husband, Assi, in 1986, she had many experiences with a group of composers and authors, most notably Philemon Wahba and Zaki Nassif, but she worked mainly with her son Ziyad, who presented her with a wide range of songs; It highlighted his talent and ability to create his own musical style drawn from Lebanese music, Arabic music, oriental music, and international music.

Fayrouz has an album that was completely composed by the Egyptian musician Riyad Al-Sonbaty, and it has not been released yet. It is also believed that there are fifteen unreleased songs composed by Philemon Wehbe, and the total number of her songs is estimated at more than 1,500 songs.

Cashew is a dietary source of unsaturated fat, in addition to being a powerful source, proteins, vitamins, minerals and strong antioxidants, making it many benefits to body health, as well as the possibility of extracting milk Cashew, which is a vegetable alternative to milk. Since many studies of nuts are generally nuts and the benefits of cashews in particular in maintaining the health of various members of the physiotherapy in the event of moderation and routinely, to you in what comes the most prominent of these benefits: promotion of heart health is a source For healthy fat and does not contain cholesterol, making him a role in reducing harmful cholesterol (LDL) and triple fat. In addition to its higher content in magnesium what may have a role in promoting cardiovascular health and reducing the risk of heart disease, bremishes and strokes. Promoting oral health as Kaju may help maintain gum health and dental against bacterial infections, as well as its content from phosphorus may be a building and maintaining the port of the teeth. Weight loss, despite relatively high caso content at calories, it may help to lose weight and maintain it in the long term if they are placed within a calculated healthy diet, as the proteins makes it a role in increasing average rate Metabolism operations, increasing the sense of stomach and satiety longer. Keeping the blood sugar contains a few carbohydrates compared to other nuts, making it a perfect snack to maintain special blood levels for diabetics. The maintenance of bone health is prepared by cashewood foods, which has a role in maintaining orthopedic health, the prevention of hydrophobic diseases and bone thinness in the presence of magnesium and calcium as well as copper in the production of collagen and elastin body Enhances their support for bones and muscles. The prevention of gallbladder stones found that there is a role for cashew and nuts overall in reducing the opportunity to infect gallbladder and thus reduce the need for the long-term gallbladder. The various nutritional elements The Cashew is a rich copper is important in increasing blood vessels, bones and joints and enters into energy production processes. In addition to Zinc (ZINC) is important to strengthen the body's immunity and complete the work of many enzymes in the body, and zinc is necessary in the work of some important hormones in the body, especially sex hormones. In addition to its noodles with basic vitamins and minerals, Cashew is a rich food with antioxidants, such as: selenium, vitamin e) necessary to fight free radicals, and preserve membranes Cells, and therefore may have a role in preventing cancer. The benefits of cashewatis for sexual health are famous for nuts, including Cajo, in turn in increased strength and sexual desire to contain many minerals and vitamins for health and female nationality, and contain high percentage of amino acids such as argents It is important for being enters the nitric oxide installation (nitric oxide) which has an erectile process in addition to this Cashew is important in strengthening sexual ability, genital capacity, and maintaining a job And the production of hormones, where zinc enters at least 200 enzymes, and therefore is important for the division of cells and growth, and its lack of particular dismissable in children may result in problems in sexual maturity, And growth of genitalia. Tips for Cashew, despite the many caso benefits of health, it is advisable to attention to how to eat it, following the following tips: Cashew is usually sold after roasting and exposing it and is consumed on this form or after Intravenous, as the Cashew is fully high and harmful to health and should not be addressed. Cashew has a high proportion of fat and calories, it is more appropriate to eat moderation and a specific weekly quantity, either as a light as a mesh for other nuts, or as an added food. Non-Cashew in the event of a sensitivity, and is recommended not to eat by someone who suffers from a certain type of nuts without conducting detailed sensitivity to the possibility of a sensitivity of cashew. It is recommended to stop eating cashew in large quantities at least two weeks before surgery because of the possibility of cashews in the influence of blood sugar levels, which may be difficult to control its levels before and during the process. 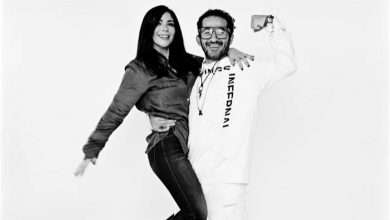 Strange coincidences bring together the duo Ahmed Helmy and Mona Zaki, from the date of birth to the artworks