Mostafa El-Sayed is an Egyptian physicist and chemist who teaches chemistry at Georgia Tech. He is considered one of the top ten chemists in the world, a leading researcher in nanotechnology, and a member of the National Academy of Sciences.
holder of the United States’ highest honor in science; He was awarded the US National Science Medal for his achievements in the field of nanotechnology, and the Arab and Egyptian were the first to do so, and he used tiny gold compounds in the treatment of cancer.
He was born in May 1933 in the city of Zifta in the Gharbia Governorate. His father was a mathematics teacher, and he is the youngest of his brothers.
He came to Cairo with his father, where he completed his secondary education, after which he joined the Higher Teachers Academy. After a sit-in and protest by students who demanded the conversion of teachers’ diplomas to a bachelor’s degree, all the higher institutes for teachers gathered at Ain Shams University, while his institute became a college of science.
He graduated in 1953, and was the first in his class, and became a teaching assistant at the Faculty of Science at Ain Shams University.
He traveled to the United States of America in 1954 to complete his studies after reading an advertisement in Al-Ahram newspaper about a professor in the US state of Florida offering a scholarship, and obtained his doctorate. He decided to settle in the United States after marrying an American girl, where he did research.
In the seventies of the last century, he tried to return to Egypt, but the nationality of his wife prevented that; He remained there and taught at several American universities such as Harvard, Yale, and the California Institute of Technology, and currently teaches at the Georgia Institute of Technology, holding the Julius Brown Chair.
His wife’s death of breast cancer prompted him to do research in the field of oncology, so he suggested experiments to treat cancer with gold by injecting gold nanoparticles into infected mice or under a microscope, and generating heat from them through light. Note the attachment of gold particles to malignant cells and their death, and not to healthy cells.
These experiments were implemented with the help of his son, Dr. Ayman Mostafa El-Sayed, a professor of surgical oncology at the University of California, but the research was conducted only on cancer cells in animals, not humans.
On September 29, 2008, he was honored by US President George W. Bush with the US National Medal of Science for his research in micro-technology and its application to treat cancer with gold particles, thus becoming the first Arab and Egyptian scientist to receive this necklace.
He also received many prestigious awards and honors for his efforts, such as: the King Faisal International Prize for Science in 1990, the Irving Langmuir Prize in 2002, the First Class Order of the Republic in 2009, an honorary doctorate from Mansoura University in 2009, and an honorary doctorate from Beni Suef University in 2010. He is a fellow of the American Physical Society, a Tolman Prize, and a Guggenheim Fellowship.

Warning of a setback in the Americas 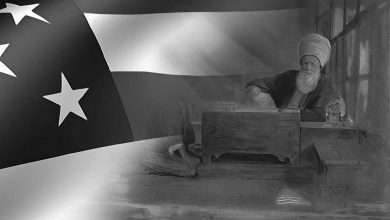